I have recently been using Swift Package Manager, in this post I will focus on an SPM feature that has been very useful for the creation of internal frameworks and modularization in general: local swift packages.

For a complete guide to this powerful dependency manager, I recommend starting here:

Why use swift packages?

Inside your project create a folder where the packages to be created will be grouped, you could call it DevPackages for example. Execute swift package init inside the folder Ready, I already have my first package created.

What is the package.swift file?

This file describes the configuration of your package, you can include here dependencies, platforms to support, minimum version, etc.

To see all the attributes it supports: https://github.com/apple/swift-package-manager/blob/main/Documentation/PackageDescription.md

Unlike Cocoa Pods the configuration file uses syntax in Swift.

As an example I will create a package that groups the logic to obtain Emojis.

The idea is to encapsulate a task within a package, internally the package can grow and be more complex (cache emojis, get them from a remote API, etc) and even use other packages.

Starting to work on my package

Basically you can work it in 2 ways

The fact that you can work independently of your main app is very useful, compilation times and the execution of tests are usually very fast.

To start your package you will need to do a couple of additional steps:

From the configuration of your project -> General -> Add Framework Select the Package previously added to your project.

Ready Xcode now you can start using it and even edit it from your main project. 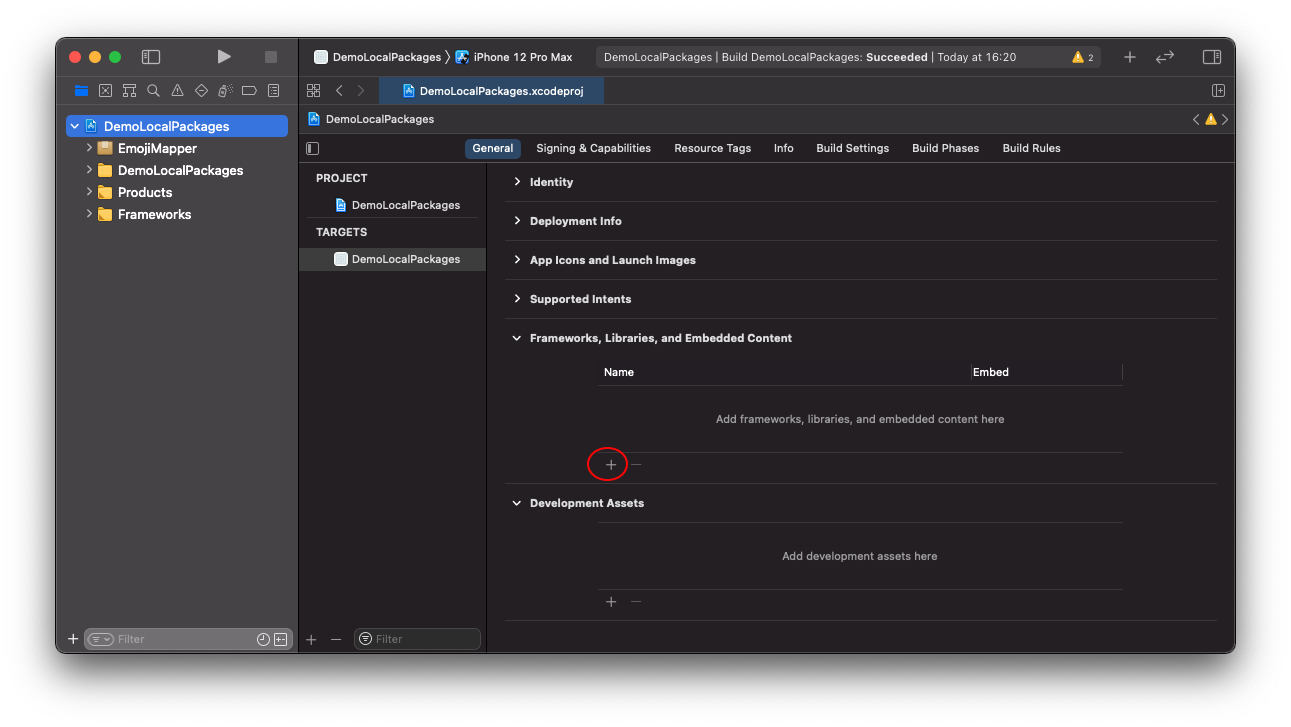 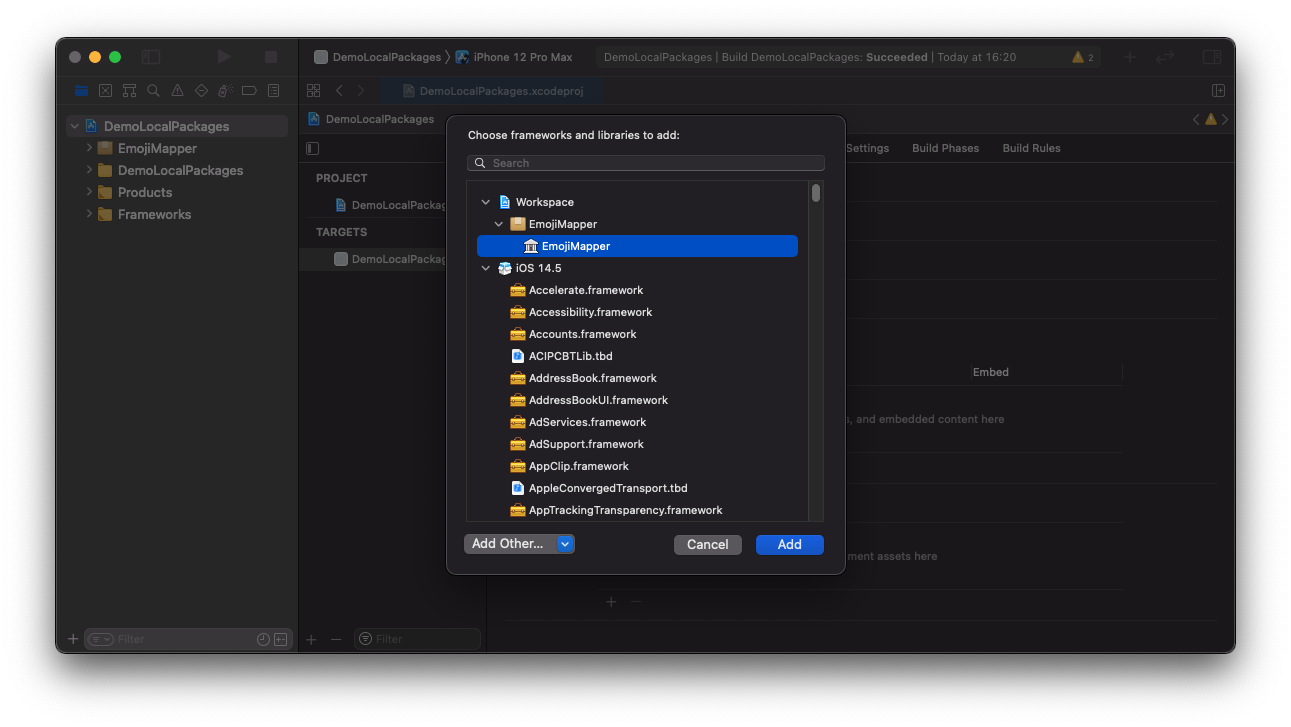 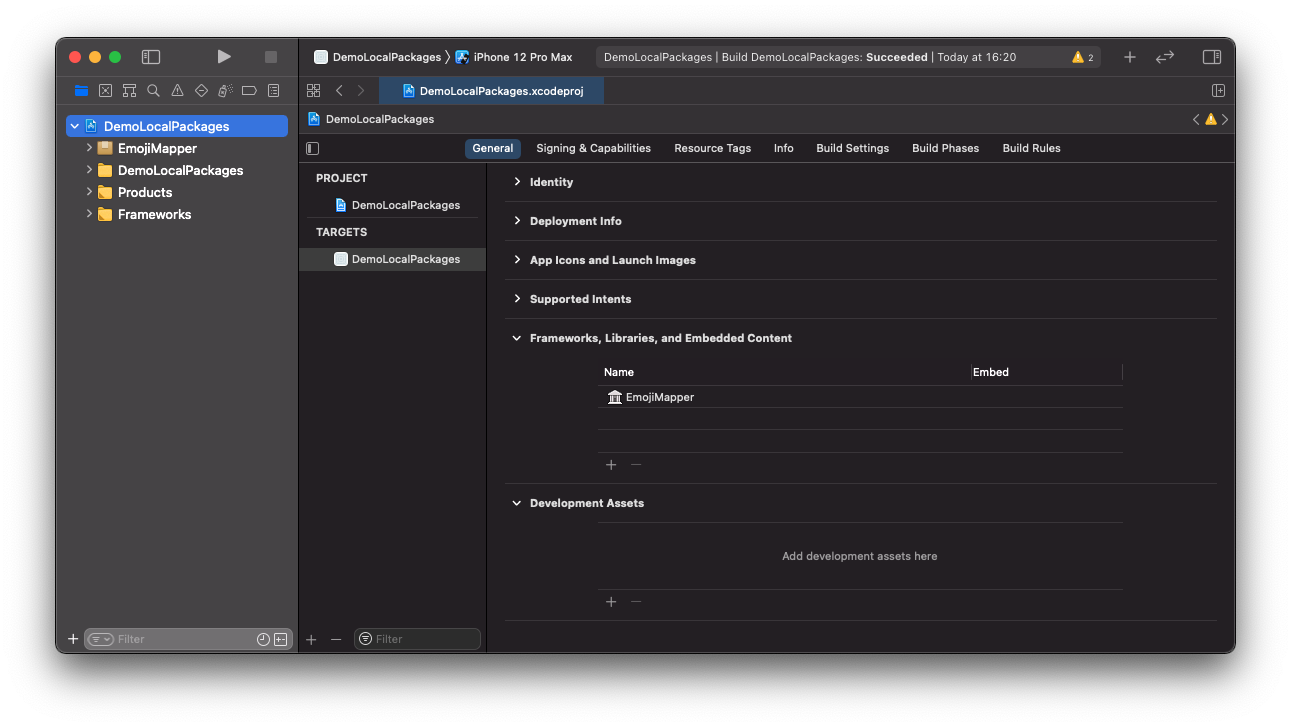 If from your main project at some point you are going to modify code related to the package, I recommend selecting the autogenerated Schema, to avoid compiling the entire project, this will reduce compilation times in development times.

Adding external dependencies to a package

It is a common case that within a package you need a dependency from a third party.

To do this we edit our package.swift file

As simple as that, after this we can use a dependency in our package.

A package needs to use another Local Package

Another common use case, a Package A depends on a Package B

For this case you will have to use another argument of the package function, this will refer to the relative path of our project 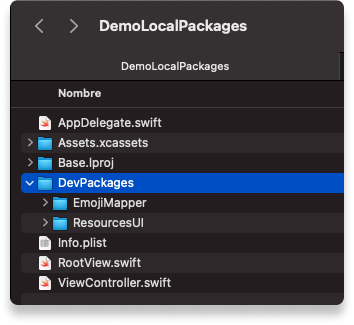 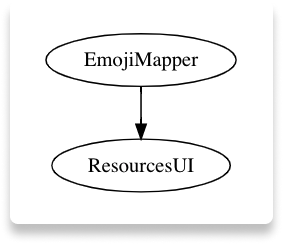 By using local packages, it forces you to think more about the access control of your classes, structs.

By default, only what is declared as public will be accessible from another module, so this forces us to manage which models should be public and which ones should be kept hidden.

A common case is the initializers of the structures that swift assigns us automatically.

By default this init is internal, so if we want to use the structure outside of our module, we will have to declare an explicit initializer.

Accessing Assets from a Package

SPM automatically generates an extension with the variable “module”, which makes it easier to access resources within it.

How inject dependencies into my package?

This forces me to think about designing in a way where I can work on my package logic regardless of dependencies.

For example we have a Logger package that we want to use within our EmojiMapper package. 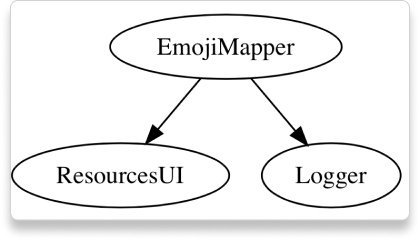 To achieve this we declare a protocol and a concrete class.

The idea is that EmojiMapper depends on the protocol instead of the specific class.

Because the interfaces of a module change less frequently than the implementations, this allows me to achieve some abstraction, favoring decoupling and the advantages that this brings.

It is common for some packages to end up becoming a kind of wrapper for some third-party dependency.

This is a common practice to avoid using a dependency throughout the entire application and having it centralized at a single point.

The idea is to create your own protocol and encapsulate the dependency within a specific class of our protocol.

Now my packages or my main app would depend on my protocol, well actually if it depends on the third party dependency but only at runtime.

Ideas for your own Packages

Here are some ideas for creating your own packages:

I invite you to create your first package.

Think of a package as certain functionality that can naturally be grouped in one place, abstracting the functionality within a module and exposing it through a simple interface, easy to use, mock up and test.